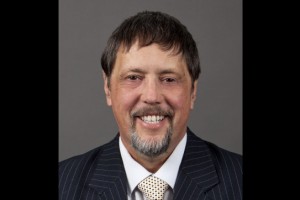 Although Lynn Kahle and his family came to Emmaus in 1995, his connection with the Lutheran church goes much farther back than that. His family roots in the Lutheran church can be traced back as far as the Thirty Years War according to a listing in a church near Hanover, Germany (that’s as far back as their records go)! He attended college at Concordia in Portland and Ft. Wayne, as well as Pacific Lutheran in Tacoma. His brother Roger (now deceased) was Editor of Lutheran World Information and then Managing Editor of The Lutheran. Lynn retired in 2016 after 37 years on the Lundquist College of Business faculty at the University of Oregon. However, he remains as Emeritus faculty. He recently returned to Eugene after a two-year appointment in the business school at Pace University, a small, private liberal arts university near Wall Street and the World Trade Center in New York City. He is still teaching an on-line class for them on Innovation Engineering, as well as editing the American Psychological Association Handbook of Consumer Psychology. He has two grown sons, one grandson, and tomatoes in season.
To contact Lynn Kahle, Service please use the form below.